The amount of the counter for the confiscation of the financial assets of Russians in the Netherlands is 400 million euros, but the owners of Russian real estate have nothing to fear so far. NOS reports that more than a month after the EU imposed sanctions, it is still unclear who is responsible in the Netherlands for the disclosure of the Russian property. This is while, for example, in Italy, France and the United Kingdom a large amount of property has already been confiscated.

A spokesman for the Ministry of Finance said that Minister Kag’s latest report on the €400m frozen assets is not related to tangible property. The overview provided in the letter to Parliament relates only to reports of frozen assets in financial institutions. The obligation to report a freeze applies only to these establishments. The overview is not about properties such as homes or yachts. 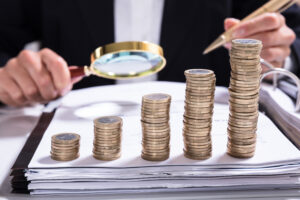 The responsibility is not clear

The Land Registry has not yet commissioned mapping of Russian real estate. Spokesmen for the Ministries of Justice, Security, Economic Affairs, Climate and Interior say that tracking and mapping Russians’ real estate is not within their ministry’s mandate. This also applies to the regulators De Nederlandsche Bank and the Dutch Financial Markets Authority. An interdepartmental working group also focused on Russian assets has now been set up, but its members haven’t yet made any agreements about who exactly does what.

Experts note that there is a huge gap in the supervision of real estate in the Netherlands. “It is remarkable that the cadastre will not be given a role in this,” says lawyer Helen ob de Linden, who was promoted in previous European sanctions against Russia. However, the lawyer is not surprised that the confiscation of real estate in the Netherlands is still behind. “I also saw with the sanctions after the conquest of Crimea that Holland often let enforcement run its course.”

PreviousPrevious post: S10 was eighth on stage during the first semi-final of the Eurovision Song Contest
NextNext post:Waberer’s 79 Native American drivers parked behind the wheel