Following the previous rumors about the Google Pixel 6a, the benchmarks of the upcoming smartphone appeared on Geekbench for the first time. The database confirms, among other things, that the self-developed Tensor-soc is under the hood, as well as 6 GB of RAM. The unannounced phone runs on Android 12 just like the other Pixel 6 devices. 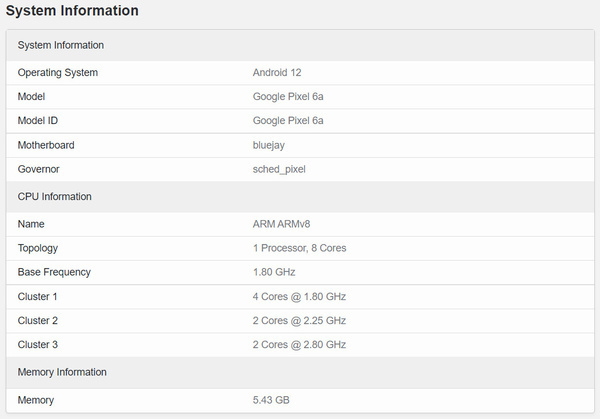 Google’s Tensor-soc has powerful Arm Cortex-X1 cores (2.8 GHz) on board.

The Pixel 6a (codenamed Bluejay) scores a single-core score of 1,050, followed by 2,833 when all cores are enabled. This matches the results of its bigger brothers, the regular Pixel 6 and Pixel 6 Pro.

According to rumors, the new midranger uses a design similar to the Pixel 6 (Pro), although the Pixel 6a will be slightly smaller. It is said to be equipped with a 6.2-inch OLED panel, which in turn houses a fingerprint scanner. At the back is the stunning Pixel 6 camera strip, which consists of a 12.2MP main lens (Sony IMX363) and a 12MP wide-angle lens (Sony IMX355). 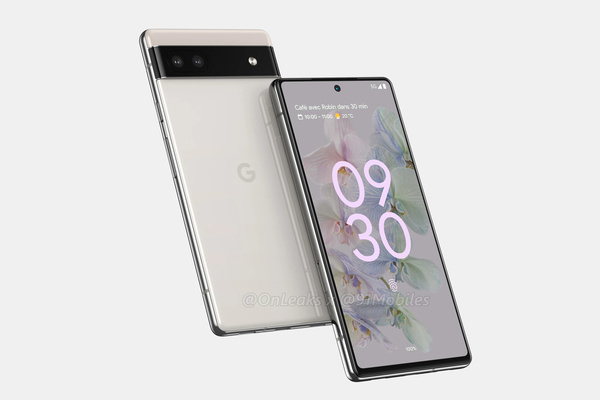 Leaker Jon Prosser claims that Google will introduce the Pixel 6a alongside the Pixel Watch on Thursday, May 26. It is not clear how much the phone will cost, in addition, it remains to be seen if it will be launched outside the US and Japan compared to the Pixel 5a.